With the Hunt & Rescue Content Update we are introducing two new world events, a gambling system, damage numbers and winter themed weapons to Striving for Light.

With this update we are also kicking off Season 7 of our Early Access Online Leaderbords.

Maps can now have a rare new monster type to hunt down. Make sure you hurry up before it escapes to get rewarded with guaranteed loot drops.

Rescue a NPC in a difficult world event to unlock gambling in town for your current run.

Once gambling is unlocked for your current run you can always access a new gamble system in Ankerath. There are different recipes to discover to convert your collected items into new different items. 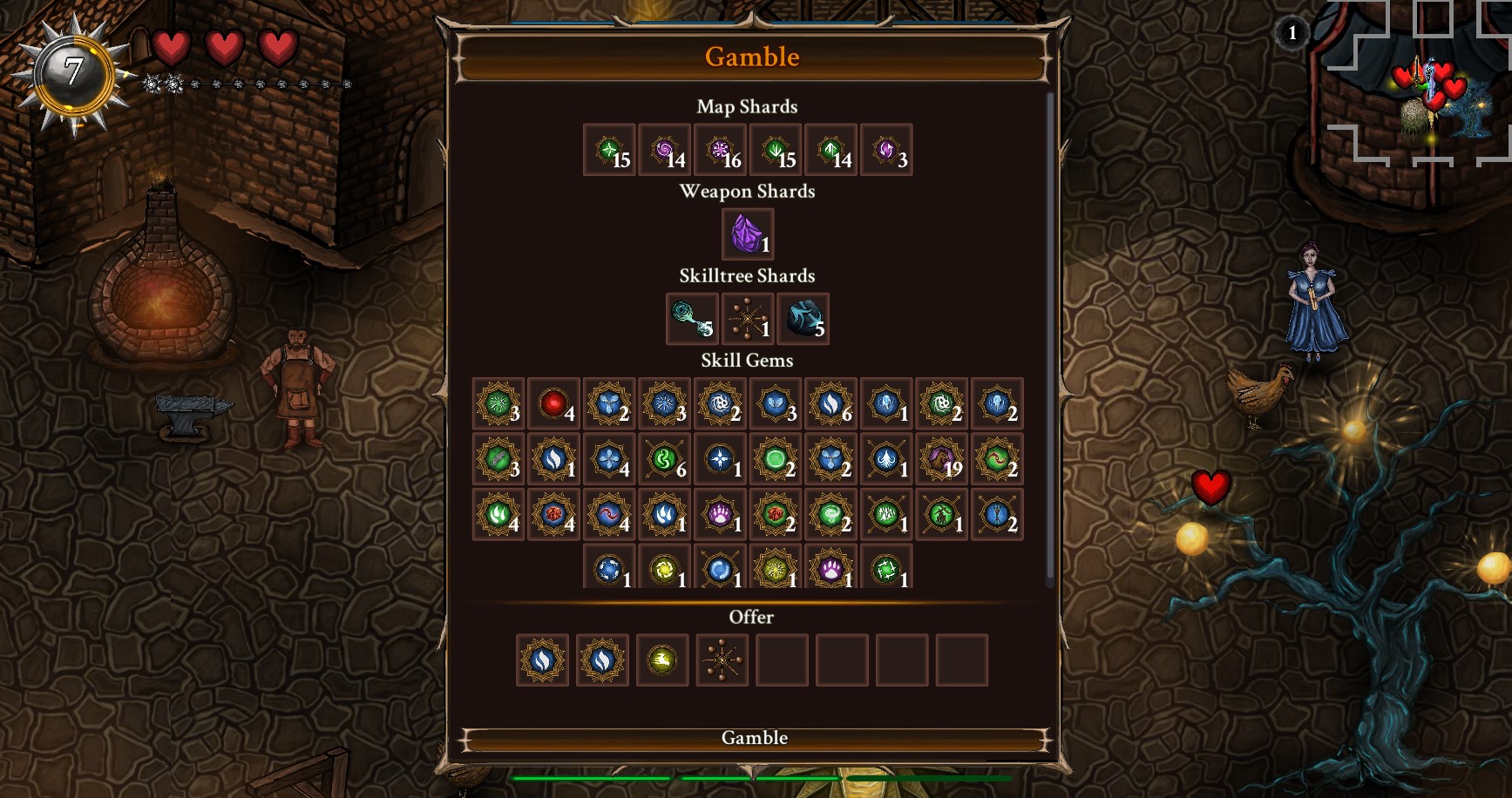 The limit to 10 fragments of light which you are able to carry has been removed. You can now carry as many fragments of light as you wish. We have heard your feedback regarding the light limit and decided to remove it to have less interruption during your runs and reduce backtracking.

Damage numbers have been added to the game displaying your dealt damage with all your AoE skills, weapon hits and projectiles. If you receive damage a big red damage number will also be displayed to improve the visibility of received damage. Damage numbers can be deactivated in the options menu anytime.

Temperatures have dropped, and the snowfall has also reached Ankerath. To keep you warm in this cold season two new winter themed weapon have been added to the game. These weapons can of course also be found as legendary versions. Furthermore some small visual surprises are waiting for you.

The main menu now has a bug report button which takes you directly to our webpage where you can fill in all relevant information about the bug/crash you have encountered. You can furthermore attach a screenshot and you can attach your settings.cfg and your save games to help us fixing the issues as fast as possible. This is now the preferred option to report bugs but you can still use the discord channels/ steam forums for this as well.

The cursor is now locked to the elements on the current screen and does not flip outside of the screen when using the node navigation method with the d-pad buttons.

Has an increased chance to be triggered which is now 50% (was 20%). Piercing blow also has now increased traveling speed and a higher range.

In case you have encountered any kind of bugs or crashes please report them via the new bugreport button in the main menu or via our discord. We dont track player data and rely on players reporting their issues. We are always happy to receive your feedback and reports!

Thanks for being with us on this exiting journey and we are looking forward to hear your thoughts on the new content update.

Join the community on discord!