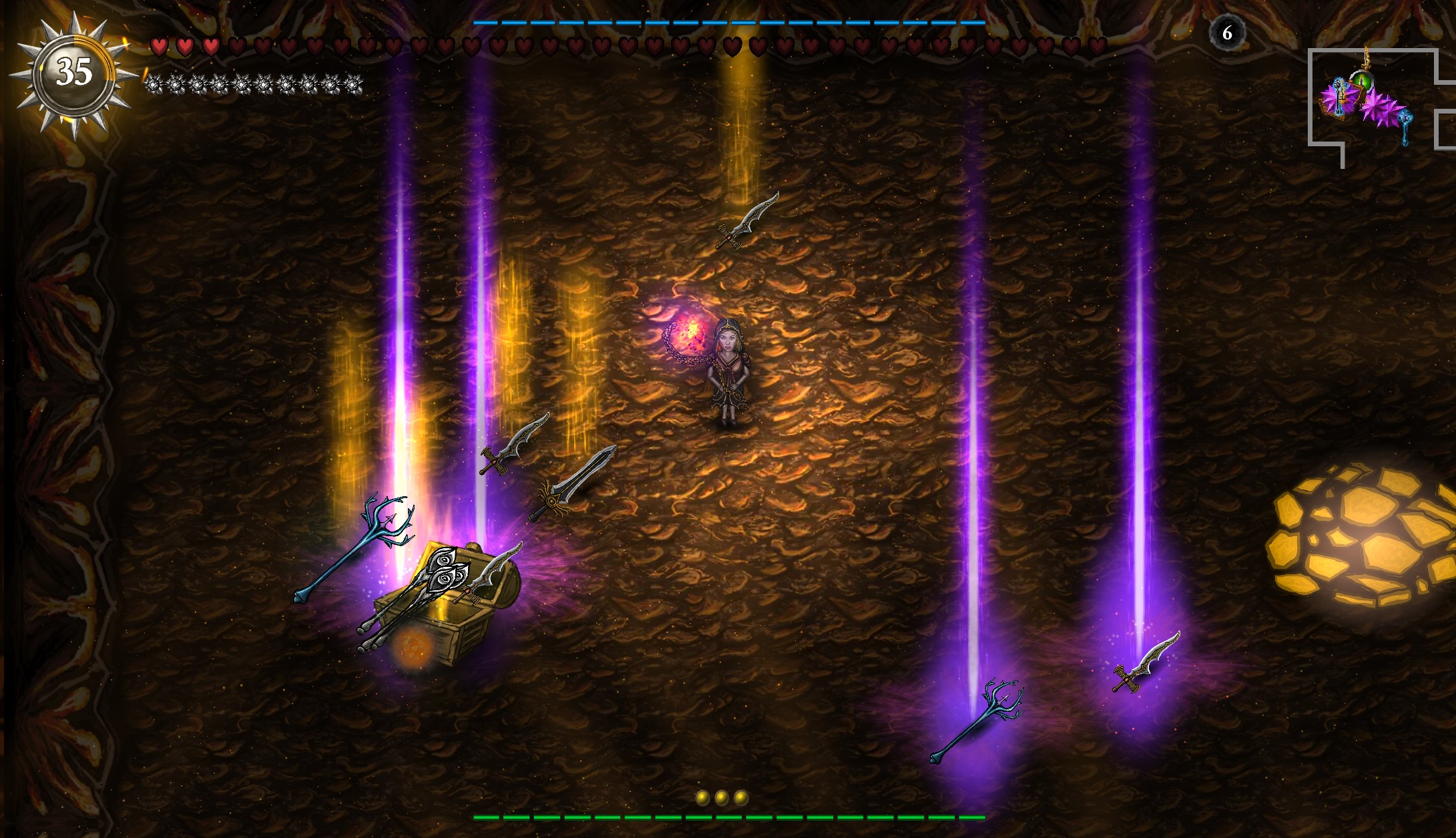 With this update we are adding a complete new weapon tier to the game: Legendary Weapons. All weapons in the game receive a legendary tier which not only has a higher base damage but also comes with a skill socket. The skill socket can hold a big variety of different ability skills which can freely be combined with your abilities from the skill tree. This will lead to over 1000 new legendary weapons to hunt for and bring your builds to the next level.

With this update we are introducing a crafting system as well as 3 collectible weapon shards into the game. These weapon shards are rare drops which can be found in every corner of the world granting you new ways to upgrade and modify your weapons.

This are the 3 new introduced weapon shards and what you can use them for.

All weapons now have random generated damage stats. It is easy to find a weapon with normal base damage but in rare cases you can now find weapons with very high base damage.

Along the random generated attributes we are also changing the damage scaling of skill nodes. In the past it did not make a huge difference how much damage a weapon has dealt because the base damage got quickly overshadowed by the increased damage buffs from the skill tree. With this update we are scaling the increased damage skill nodes based on your weapon base damage. So if you are wielding a dagger with a lower base damage but fast attack speed the increased damage nodes from the skill tree will grant less damage increase compared to wielding the elder club with over 3 times more base melee damage. This should make weapon choices more substantial and not only about their attack speed and range.

The stats window has shown its age and got completely reworked with unique icons for energy, endurance and dodge. Also the weapon attack cost are now displayed much clearer to make it easier for new players to understand the resource system. The second page of the stats window now has more space to display your active ability skill nodes. 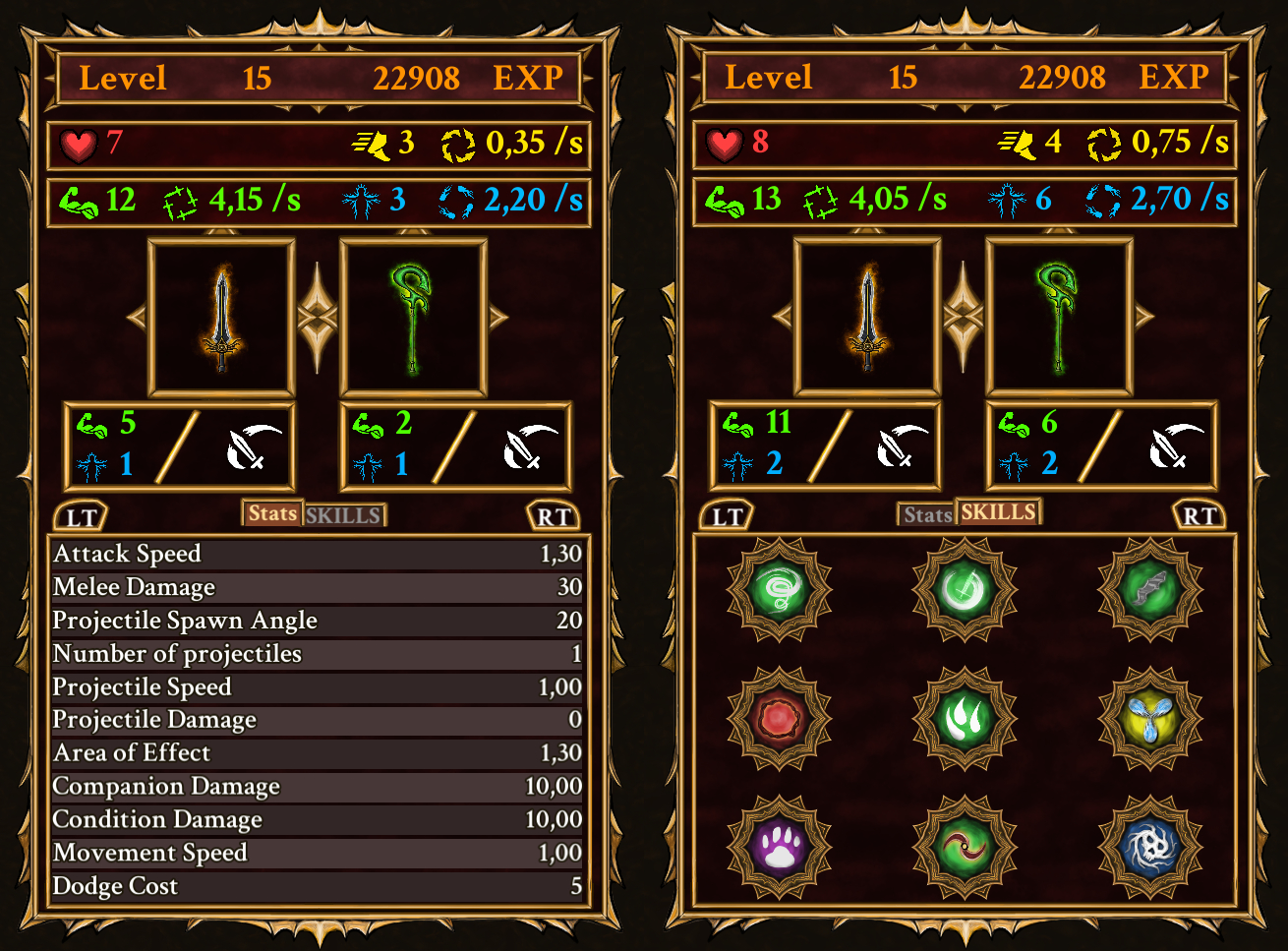 A new increased condition damage skill node has been added to the game which lets you further scale your condition damage. All conditions inflict +50% additional damage per tick and damage stack applied.

Decreased EXP gain in the Aeodra Arena and increased the item rewards of the Aeodra Arena (weapons, shards, fragments of light). This should make the Aeodra Arena a better farming experience. In general the level based exp gain of the arena reward has been changed to a flat exp gain which still is affected by random exp bonuses on rewards per wave and your current map modifiers.

Increased enemy spawns in the early waves of the Aeodra Arena to make the first waves more challenging.

Thanks for being part of our game development journey for Striving for Light.

You are invited to join our discord and participate in the ongoing development of Striving for Light!